The adventures of Tom Sawyer 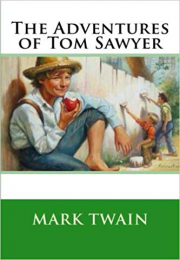 Tom Sawyer is young, imaginative and mischievous and lives with his Aunt Polly and half-brother Sid in a Mississippi town. The story opens with Tom’s Aunt Polly looking for Tom to question him about some missing jam. He gets in trouble at school and as punishment, has to spend his Saturday whitewashing her fence while his friends are enjoying themselves. But the clever Tom convinces his friends that it is a fun job – and they end up trading stuff with him to get a chance to whitewash the fence.

A young girl, Becky Thatcher moves into town and Tom falls in love with her. They have a tiff and Tom is off to the town graveyard with his best friend Huckleberry Finn, where they witness the wicked Injun Joe murder Doctor Robinson. When this comes to light, Injun Joe blames Muff Potter. Obviously this is too much for a young Tom to take, and he is afraid to tell what he knows. He, Huck and their friend Joe Harper decide to become pirates and camp on an island in the river. When they come to know that Aunt Polly thinks they are all dead and a funeral is planned, they return home in a hurry. Once back, Tom feels braver and decides to testify against Injun Joe, who escapes from the law.

Without adding spoilers, I’d like to highlight the main scenes, which, besides the whitewashed fence, include the Sunday school episode, Tom and his friend Becky Thatcher getting lost in a cave, the graveyard scene with Tom and Huck Finn, Tom and Huck witnessing a murder, and their association with Injun Joe, followed by their hunt for his treasure. Each scene ties in with the overall story, building a vibrant picture of the lives of the various characters in the book. 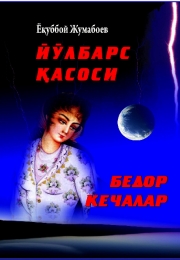